There are several benefits of volunteering. The first and most obvious benefit to volunteerism is the satisfaction you get from making a difference in other people’s lives and in the community. Because of the service you impart, you not only improve the lives of others, you also get to improve our own. As a volunteer, you get to meet more people who share common interests and widen your support group. You get to practice your social skills and become more confident in meeting and conversing with others. You get a jumpstart in developing certain office skills such as communication, teamwork, problem solving, and planning projects. You can even use your experience as a volunteer in your CV, helping you get the job you want.

While the social and professional benefits of volunteering alone make it worth anyone’s while, research has shown that there are also numerous health benefits brought about by being a volunteer. One of the health benefits of volunteering is greater life satisfaction and lower risk of depression. Because you get a personal sense of purpose as well as a sense of accomplishment in helping others, you reduce your stress levels and feel happier about your life and yourself. This is particularly true for Baby Boomers who volunteer. One study showed that people who became volunteers after having heart attacks felt less despairing and depressed about life which helps lower their mortality rate.  Volunteers have reported to feeling more optimistic, more motivated, and more satisfied with where their life is going. Aside from higher levels of happiness, you also get higher levels of self-esteem and a sense of control over your life.

Research has also shown that volunteering can help prevent poor health. Volunteers who start early are said to develop greater functional ability and better health in their older years. Aside from this, volunteers also have lower mortality rates. This means that people who volunteer often live longer than those who don’t, even when factors such as gender, physical health, and socioeconomic status are taken into account. 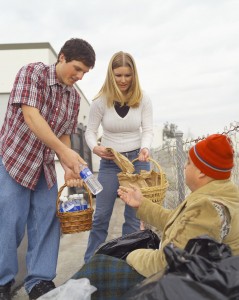 Through another study, there was a strong correlation shown between the number of volunteers in the state and the population’s physical health. It was found that the more volunteers found within a state, the healthier the population was. Mortality rates were found to be much lower as well as the occurrence of heart disease. States which had a lower volunteer rate experienced more health problems among its population.

With all these health benefits of volunteering, it’s no wonder that more and more Americans are choosing to serve others. As research has proven, doing good is good for you.